We’ve introduced you to a few of our clients over in the past few months and we thought you might like a quick introduction to our founder, Eric Floehr. 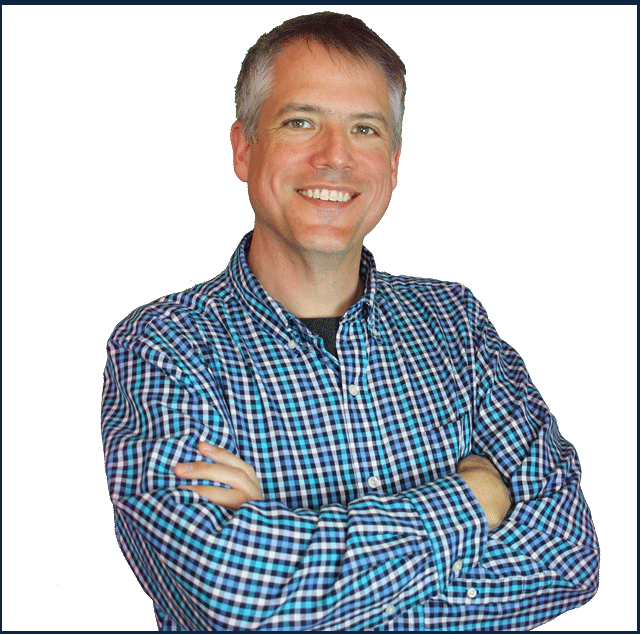 Eric received a B.Sc., Computer and Information Science from Ohio State University and worked as a C++, Java, and then Python programmer and software development manager for a number of companies including MCI (now Verizon). Eventually he moved into management of software development teams and then into a more entrepreneurial path with Datalytics and as CTO of 3X Systems, Inc.

A passion project he tinkered with in his spare time set him on his current path. Eric was interested in learning Python, and learns best by doing, so he decided to create a program in Python that scoured the web and gathered weather forecasts released by the National Weather Service, The Weather Channel and AccuWeather. Initially developed to satisfy his own curiosity regarding whether private-sector or government-issued forecasts were more accurate, he eventually expanded the number of sources of data being collected into the thousands and developed a business model which morphed into parent company Intellovations and later ForecastWatch.

ForecastWatch now offers a suite of products and serves an international client base of forecast providers and corporations who utilize big data weather analytics and web-based solutions to make more informed business decisions and improve the value and quality of their products.

Through his work, Eric has also become a resource for writers and journalists looking for expert opinions on weather-related matters. During the course of his analysis of precipitation forecasts versus actual rainfall amounts, Eric determined that commercial forecasts (The Weather Channel and AccuWeather) regularly predicted a greater chance of rain than occurred, while the National Weather Service predictions were more consistent with the actual amount of precipitation that occurred. Eric’s research on this topic, known as “wet bias,” was noted in 2012 book The Signal and the Noise by Nate Silver.

In his 2018 book, The Fifth Risk, author Michael Lewis cited Eric’s work as “the closest thing to an authority on the relative accuracy of various weather forecasts.” Lewis cited Eric work in identifying two major trends in weather prediction: “One was toward greater relative accuracy in the private sector – which of course was totally dependent on the National Weather Service for its forecasts. The other was the astonishing improvements in all weather predictions. The five-day-out forecast in 2016 was as accurate as the one-day-out forecast in 2016 had been in 2005.”

True to his Roots

Eric continues to support the Python community outside of his work with ForecastWatch. He founded and continues to organize the Central Ohio Python User Group. He’s also chaired PyOhio several times and helped grow it to one of the largest and longest-running regional Python programming language conferences in the United States. Eric is dedicated to ensuring its mission remains focused on being a conference for all – free of charge, welcoming to those who are often underrepresented in technology, and educational for all skill levels. For his efforts, the Python Software Foundation awarded Eric with a community service award in 2017.

Now that you know a little more about Eric, do you have a question about weather analytics or about the ForecastWatch suite of solutions? Reach out to us at info@forecastwatch.com

previous
An Interview with Peter Neilley of The Weather Company