Today we wish John Jeffries – America’s first weather observer – a very happy 274th birthday. Jeffries was a physician, surgeon and scientist, who began recording Boston weather observations in 1774. Today we celebrate Jefferies and all the meteorologists, analysts, climatologists, hydrologists, data scientists, storm-chasers and more who work around the clock to collect and interpret reams of data so that much of the world can wake up and simply ask Alexa or Siri for the day’s forecast and know whether to grab an umbrella on their way out the door. For others, a simple forecast can mean the difference between life or death, profitability or bankruptcy, safety or danger.

But as simple as it is to get a daily forecast, there are countless people constantly gathering data to feed forecasts and improve overall accuracy. In addition to scientists, official weather stations and big data analysis breaking this information down behind the scenes into usable soundbites, the National Weather Service estimates that over 11,000 US citizen volunteers capture temperature, precipitation, barometric pressure, wind observations, and more to assist climatologists and weather forecasters. Another 300,000 volunteers are trained by the National Weather Service to be storm spotters who assist local emergency management officials prepare for and respond to extreme weather conditions and natural and man made disasters.

But is the result of a wealth of data, collective scientific brainpower, and community assistance more accurate forecasting?Absolutely. How do we know? Because we recently completed an exhaustive study of 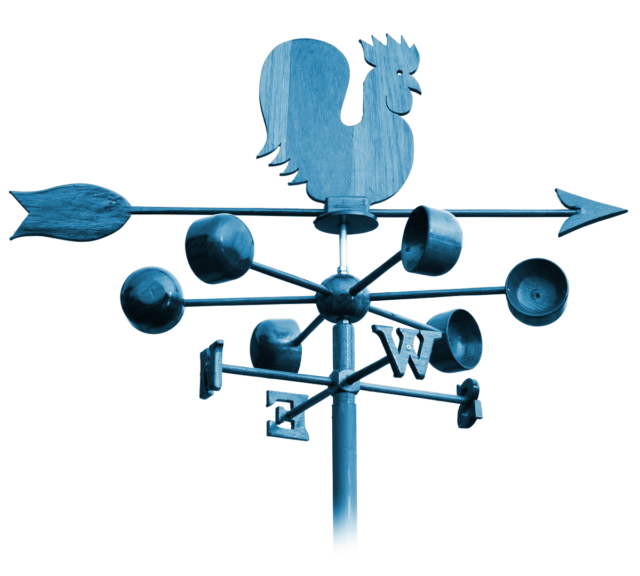 forecast accuracy over a twelve-year span using the proprietary ForecastWatch database, the largest and most comprehensive in the world. The report analyzes high and low temperature forecasts between one and ten days in advance and looks at error, bias, and trends in the accuracy of those forecasts. During the 12-year time frame, we examined over 200 million forecasts for over 700 locations in the United States.

The data overwhelmingly confirms what experts already know: today’s weather forecasts are highly accurate and are improving dramatically. Technology – including new satellite, radar, and ground-based sensors – is a primary driver in the improvement in forecast accuracy. The higher quality data combined with advanced and more sophisticated computers and computer models have enabled human forecasters to boost their weather knowledge along with their forecasting skills, delivering more accurate forecasts over longer time frames.

Here are just a few of the report’s findings: 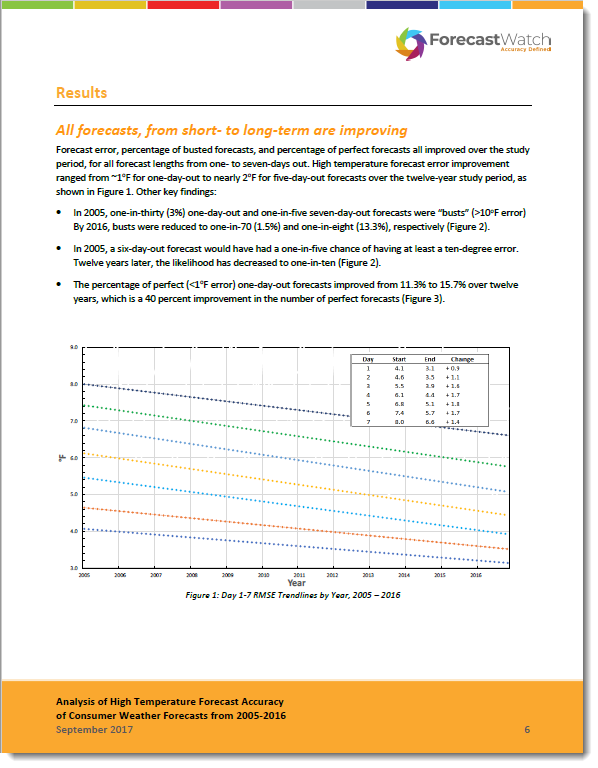 To celebrate you and the work you’re doing to continue the work that John Jeffries started, keeping communities safe, business and industry thriving, and commuters dry on their way to work, we’re giving you a copy of our “12-year Analysis of Consumer Weather Forecasts” at no charge. You won’t find this offer anywhere else, because no one has this data but ForecastWatch. To receive yours, just click here.

Thanks again for all you do and enjoy your day!

previous
Why Are All My Weather Apps Different?

next
Using Historical Weather To Keep The Lights On