This month’s epic fires in the western United States have been among the worst ever. As of this writing, they’ve burned close to 7 million acres, killed almost 40 people, and contributed to unhealthy air and greatly reduced visibility in many western cities.

These fires have had other consequences as well. The massive amount of smoke they’ve created has caused automated high temperature forecasts to be wildly inaccurate for some west coast cities.

This phenomenon was noted by Cliff Mass, professor of Atmospheric Sciences at the University of Washington, in a recent blog. Mass explained that smoke isn’t currently built into forecast models, so it didn’t account for the smoke layer that caused lower amounts of solar heating — and therefore lower high temperatures. He further explained that forecasts made by the National Weather Service (NWS) were more accurate because of human intervention to an otherwise automated forecast. 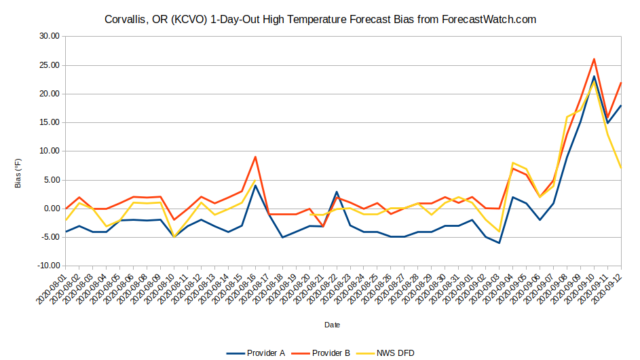 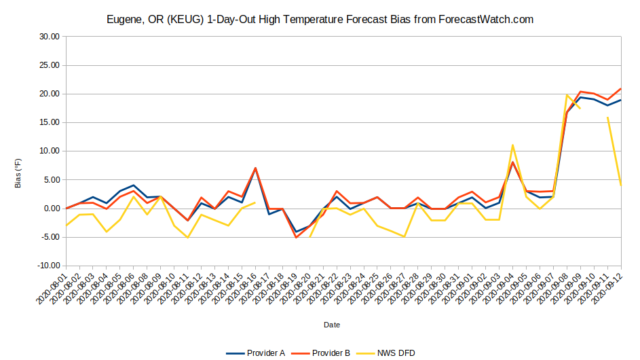 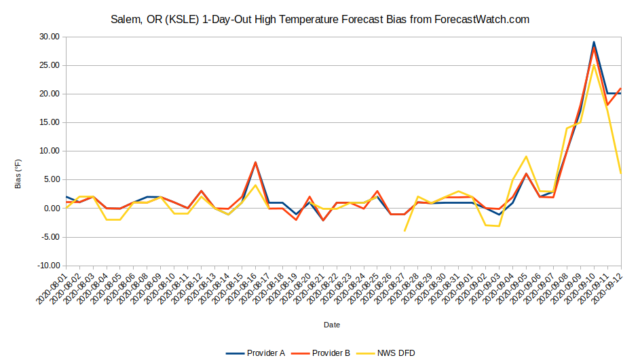 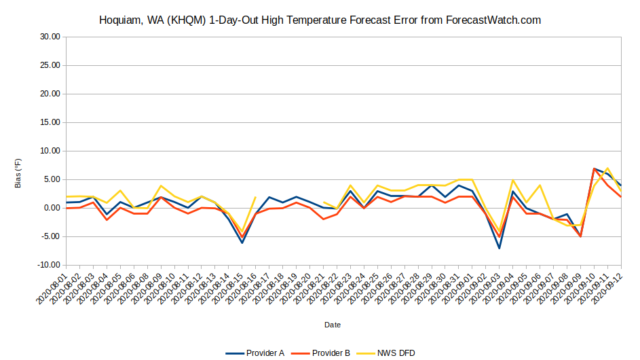 Several conclusions can be drawn from this analysis:

Note: The data is incomplete in some cases (such as September 10-11 for Eugene) because of data issues for the NWS NDFD. This is a continuing problem with the NWS NDFD, creating difficulties in making comparisons.

The increasing occurrence of such “black swans,” unpredictable events such as the western fires that impact local forecasts, causes questions in how we assess forecast performance. Where should corrections be made in the forecast process? And in an era of increasing automation, what is the role of quality control and when is it appropriate for human forecasters to intervene in the process?

Do you have thoughts on the role of human intervention in such an automated process? If so, please leave them in the comment section below.

next
Finding Reputable Sources in the Age of Influence